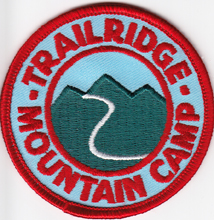 Camp Songs
Three songs here that were unique to TrailRidge, though one contributed by Jay Jalenak I do NOT remember.

First Year Camper Poems
I can’t remember who got kids to write down some of their thoughts about their first year at a brand-new camp. You can see from these poems that it wasn’t all fun and games. It was a tough summer, believe me. I was amazed that any boy or counselor would come back for more. I almost thought I wouldn’t come back.

Camper Reflection by Kirk Moyer, 30 Years after that First Summer
1982 & 1983 camper Kirk Moyer shared a wonderful memoir of his two years at TrailRidge. It will bring back many memories.


1982 Camp Roster and Friends
List of first year campers, staff, and friends who helped us get started. This list was compiled from the lists we gave a calligrapher to letter appreciation certificates we sent after the dust had settled that first summer. Some kids were day for a week, others nine. Some people came through as visitors and stayed all summer. Each had his/her own story about why they made the decision to blaze the trail at TMC.

1982  Original Brochure
The original camp brochure. It was in the day that the more words the better and instead of adding pages, I apparently had the printer lower the font size. The brochure worked! We had more campers that year than ever again. It’s a long story which one day I’ll tell in a blog. In the meantime, the brochure is in order of reading but might seem a little odd because of the cropping. The original size was 8 1/2 X 14 inches and that size wouldn’t fit in my scanner. This brochure also includes the 1982 trip schedule for the last year of Open Road Experiences, the predecessor camp to TrailRidge.

1985 Brochure
Davies Hood uploaded a couple of scans from the 1985 brochure to the TrailRidge facebook page. It reminded me that I still had a few copies of the original. It was really quite an impressive piece for such a small camp (the wording that is) and served us well for several years. It was impossible to scan the brochure as is because unfolded it was about 15 X 20 inches. So this PDF contains the brochure broken up into panels. There are lots of good photos of campers and counselors. The copy was written by my Uncle Ron who also handled the layout and design.

1989 Roster
Most of our forms like this were lost years ago. This roster was donated by Ari Klein of Cleveland Heights, OH who dropped down off the AT in 1985 and stayed two days and then four years later returned for to volunteer for ten days. This is the cabin roster for the second 3-week session of that summer. Ari also sent several photos and this will be posted in another phase of this website make-over.

TMC Jargon
Every place has its own language. Here’s a list of special TMC terms. Do you remember what Hawk’s Nest was, or the name of your cabin, or what the TrailRidge beads were for? Do you remember “The Wastewatcher” or Happy Hour? Check it out here.


1997 Roster
This roster is from near the end of our days where we were actually no longer based at TrailRidge. The new owners of the property took over the camp facility in 1996 and we became a travel camp. Our campers were more local by this time, almost, but not, all from the Asheville area and most, but not all, of those from Carolina Day School.

Early one-page flyer
This is a well-written promotional flyer written by my Uncle Ron. It’s a great piece.